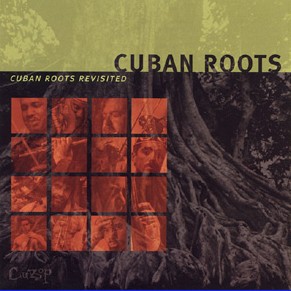 If Cuban Roots Revisited were simply a tip of the hat to an influential Afro-Cuban recording of 30 years ago, it still would be worth the time and effort. The original Cuban Roots album, released in 1968, was enormously influential (and currently impossible to find, as only 500 copies were pressed) because of its mix of Afro-Cuban religious music, harmonically advanced arrangements, and lengthy improvised solos. The new Cuban Roots Revisited was intended to be a modern recording of that classic album, using some of today’s top Latin-jazz musicians after Cubop couldn’t secure the rights to re-release the original on CD. But Cuban Roots Revisited is that and a whole lot more.

It is perhaps not surprising that an album featuring the likes of percussionists Francisco Aguabella, John Santos, Humberto “Negue” Hernandez, and pianist Omar Sosa would be this inspired, but the fact that the performers elevate the material beyond a mere tribute to…

“Mirala Que Linda Viene” nods to Brazil with its sambaesque rhythms and a melody that playfully echoes Antonio Carlos Jobim’s “One Note Samba.” “Chango” bursts at the seams with energy as the percussion-fueled tribute to the Santeroa god of thunder and lightning pushes Weinstein’s flute and Arturo Velasco’s trombone solos into the stratosphere; and the closing percussion-only take on “Eleggua” ends the album as beautifully as it began. It might be stretching it to say that in 30 years Latin-jazz artists will gather to record a tribute to an obscure-but-influential recording that came out back in the summer of ’99. It’s not a stretch, though, to say that this Cuban Roots deserves as much respect and awe as the original, and if those Latin-jazz players of 2029 want to say the same about their own tribute, they’ll have their work cut out for them.

Perhaps considered an unlikely historical music landmark in the evolution of Afro-Cuban Jazz, in late 1967 a recording session would take place in New York City organized by then trombonist Mark Weinstein entitled Cuban Roots that would mark the pulse and profoundly capture the essence of Afro-Cuban Jazz innovation as never done before. This recording remained obscure and only known as the “Green Album” among an underground base of musicians and hardcore music fans. Now, over 30 years later, Weinstein is commissioned by the San Francisco based label Cubop to record a second version of the latter recording this time entitled Cuban Roots Revisited.

As with the first rendition, “Cuban Roots Revisited” is described as Afro-Cuban sacred music presented instrumentally and influence by Jazz. Except for Mark who is now heard performing on flute, all of the musicians are California-based. The musical atmosphere is quite inventive as the instrument attempt to revive the secular spiritual voices inherent in Afro-Cuban religion. The 9 tracks feature a variety of rhythms ranging from Guaguanco, Conga, Rumba and Comparsa. Like the tipico call-n-respond Misa Negra choir of Santeria chant rituals, the trombones play in harmony percolating amid the powerful rhythm. Weinstein’s flute provides the lone voice knitting an illusive thread of melody that intertwines with harmonious passion.

Mark’s resiliency and virility is apparent throughout as if possessed by Changa, oricha of thunder and lightning. Nonetheless, he manages to illustrate a profound sense of creativity. “Cuban Roots Revisited” conveys a unanimous force of rhythm thereby producing exquisite spiritual enlightenment. Surely, an essential CD to own.”