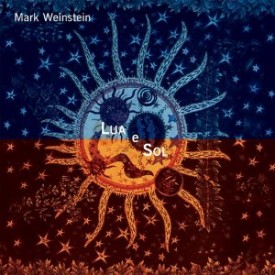 Over the course of the past 40 years, Mark Weinstein has flown unde the radar of most jazz critics while amassing an impressive body of work going back to his sideman days with Herbie Mann and salsa jazz legends Eddie Palmieri, cal Tjader, Tito Puente and Larry Harlow during the ’60s and including his own outings as a leader since ’90s. With “Lua E Sol”, his 11th recording under his own name, Weinstein may finally come to be acknowledged by both critics and the public at large as a talent deserving of wider recognition.